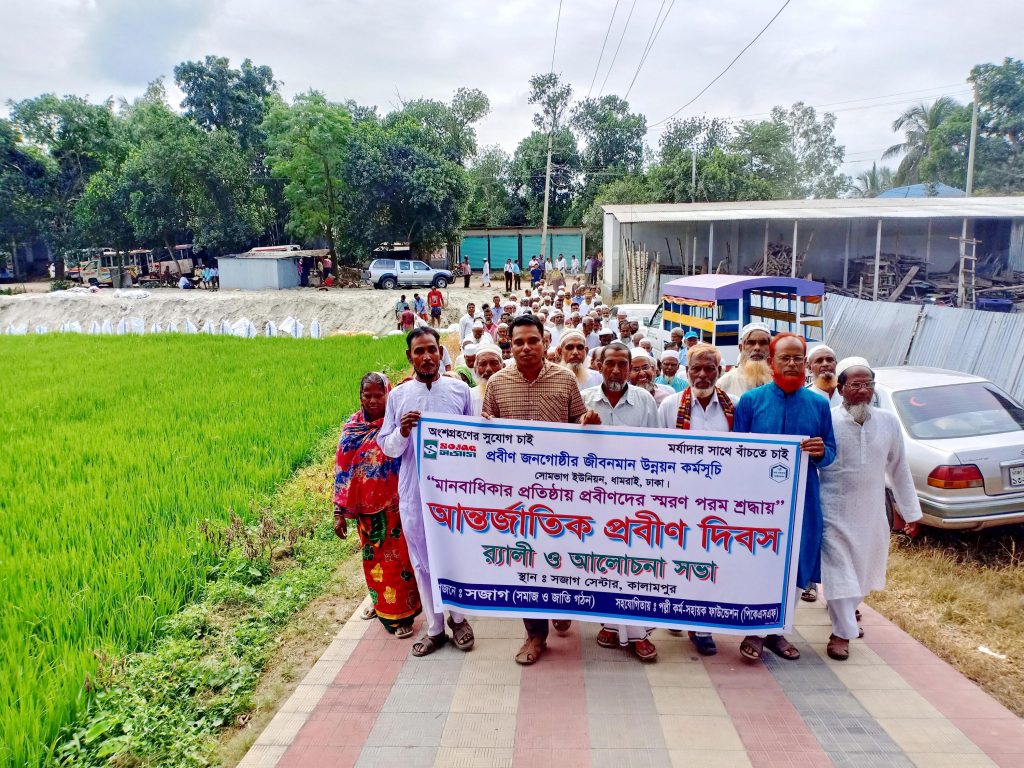 International Day of Older Persons (Probeen Dibosh) is celebrated on 1st October each as per a resolution passed by the United Nations General Assembly. The theme for this year was “Celebrating Older Human Rights Champions”.

SOJAG, under the auspices the ENRICH program of PKSF, observed the day on October 10 in its SOJAG Center located at Kalampur, Dhamrai. About 500 elderly people from each the villages under Shombhag Union of Dhamrai Upazila.

The Day began with a rally in Kalampur Bazar with placards and festoons. It was followed by a discussion session which was attended by Mr. Abu Bakr Siddique, General Secretary, Bangladesh Senior Citizens’ Association, Mr. Zaman, Social Welfare Officer, Dhamrai, Mr. Abdul Matin, Executive Director, SOJAG and other dignitaries.