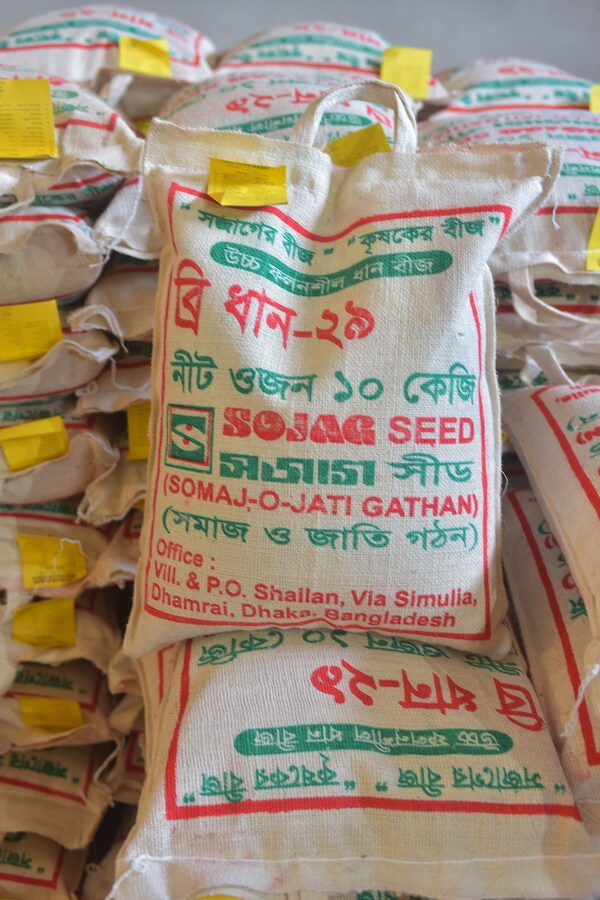 Agriculture being the foundation of Bangladesh economy and coupled with the fact that 85% of SOJAG’s target population is dependent on agriculture, SOJAG in 1999 launched Agriculture program with assistance from DANIDA. The main objectives of the program were to disseminate correct and appropriate information on crop technology, increase efficiency and effective utilization and use of agricultural inputs for maximizing yields and output. One of the main objectives was also to provide much needed credit to marginal farmers and share croppers. Credit recipients had to return loans in single payment after harvesting. The rate of repayment was 100 percent. The program ran for six years with very encouraging results.

This experience led SOJAG to initiate and launch Agriculture Extension & Credit program in 2005 with financial assistance from PKSF (Palli Karma Sahayak Foundation). While the objectives and goals of the Program have remained the same, it now covers more geographical areas and ever increasing number of marginal farmers and share-croppers. The Program details are as follows:

Through this Program farmers are provided with modern agricultural practices along with much needed credit for agricultural inputs. Considering the cost of production SOJAG provides Tk. 5,000 per biga and a maximum of Tk. 30,000 per farmer. Farmers now use this credit to raise Boro, Amon and winter vegetables. It can be mentioned that the rate of repayment is 100 percent.

In keeping with SOJAG’s objective of boosting agriculture production and helping farmers augment increased income, SOJAG has launched its Seed Plant Program. The facility will have storage capacity of 700 metric tons of different high yielding varieties of paddy processed with the installed Cleaner and Grader machineries installed in the Seed Plant.

The sale price has been fixed as follows:

The rates compares favorably with other NGOs and firms, however, a little higher than the government rate because of the subsidy that it provides.