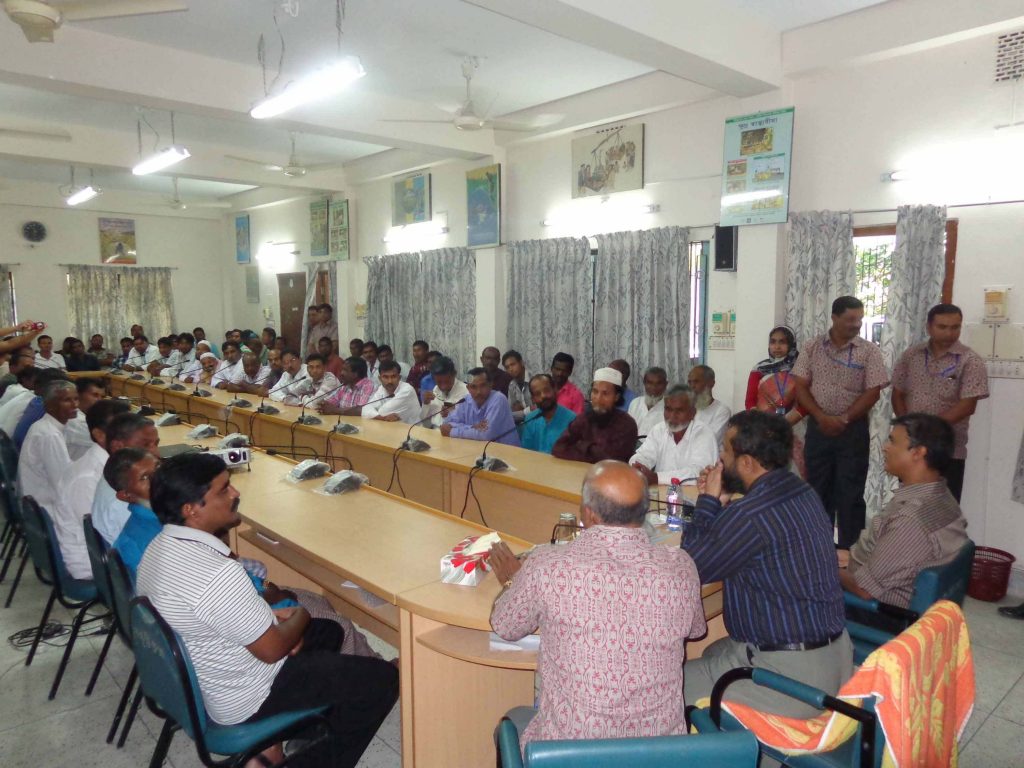 A Work-Plan session was organized on November 9 with the senior staff of SOJAG. Mr. Fazlul Kader, Deputy Managing Director, PKSF was also present. Mr. Kader also met and had discussions with farmer representatives on various issues related to agriculture and livestock programs. The participants put forward a number of suggestions for his consideration.

The second part of the Session was devoted to discussion on a number of projects and programs that SOJAG would solicit financial assistance from PKSF. The programs include the following: