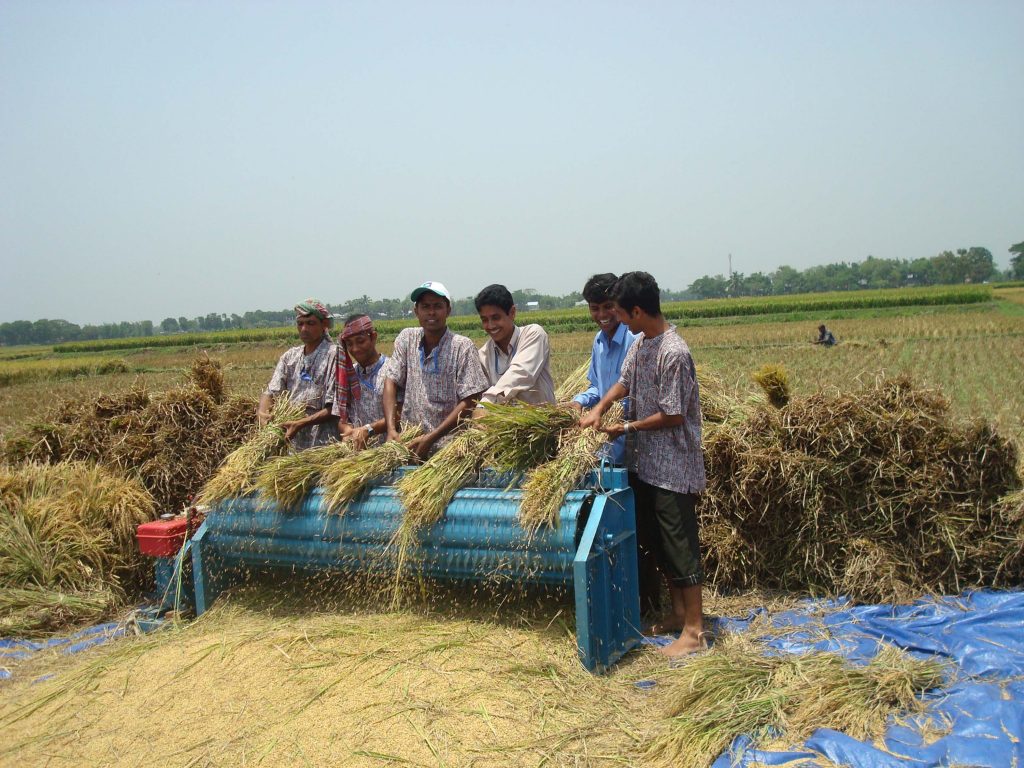 b) Transfer of Technology: Seed Production and Distribution

SOJAG has been providing certified HYV paddy seeds – BRI 29- a high yielding rice paddy seed to its organized farmer group members. From reports it has been seen the growers have received increased yields which has resulted in greater demand for the seeds. Fifty tons of BRI 29 have been distributed to farmers and another 75 tons to contact growers already planted on 100 bighas of lands.

SOJAG has been implementing this program since 2008 to produce pellets of urea fertilizer in order to avoid waste and proper utilization. In the current 2013 Boro season, 298 metric tons of Guti Urea were distributed to 15,200 Boro farmers to be used in 14,500 bighas of land. To date a total of 42,100 farmers were provided with 1,585 metric tons of guti urea which were used in 77,250 bighas (23,198 acres) of lands.

In addition, Farmers were trained in echo-friendly and toxic free production of vegetables along with the use of 2,200 Pheromone Traps Lures for controlling pests.